The majority of Saskatchewan’s Returning Officers are now officially in their roles following an appointment ceremony on March 17, 2014.

Returning Officers are Election Saskatchewan’s senior field leaders. To date, 54 have been hired in the province’s 61 new Saskatchewan constituencies that take effect in the next provincial general election, scheduled for Nov. 2, 2015. The seven remaining Returning Officer positions are in the process of being filled.

While in Regina, a team photo of all Returning Officers and Election Clerks was taken at the Saskatchewan Legislature.

The Returning Officers were sworn-in during an appointment ceremony as part of the Conference of Saskatchewan Election Officials, held March 16-18, 2014 in Regina.

Participating in the ceremony were:

“All staff at Elections Saskatchewan, whether at head office or the field leadership team, have been hired through a competitive, merit-based process,” says Dr. Boda. “We have been recruiting, interviewing and hiring the key positions of Returning Officer and Election Clerk since the fall. We are thrilled with the quality of individuals who have stepped forward into these leadership positions to serve democracy in Saskatchewan.

“These citizens are the face of Elections Saskatchewan in their own communities and constituencies. They model our values, share our vision, and are eager to learn their roles in order to serve all voters and candidates. Election Day is more than an event, it’s a four-year cycle of planning and delivering and our field staff are vital to this process.” 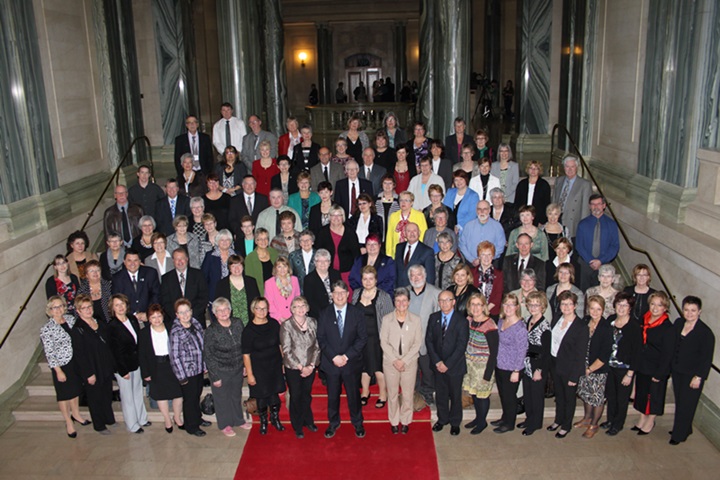